The people over at Property Division have put together an infographic on how the proposed mansion tax will affect London (see below).  For those of you reading from outside of Britain, the mansion tax is a proposal by the Labour Party to have an annual tax on real properties worth over £2 million.  The actual plan is a little fuzzy.  Originally it would have been an annual levy of 1% of the amount over £2 million but there’s been some step-back on that proposal.

London is disproportionately hit by the mansion tax.  According to reports, 11,462 London homes will face the mansion tax.  Calling the tax a mansion tax is a misnomer as well.  From my own experience, I have found that in Hampstead/St. John’s Wood, the price per square foot is upwards of £1200/s.f..  As such, a 1500 s.f. place could put you over the £2 million threshold.  In Manhattan, 1500 s.f., will get you a good-sized 3 bedroom apartment and in London 3-4 bedrooms, depending on how poky that fourth bedroom is.  Hardly a mansion, either way. 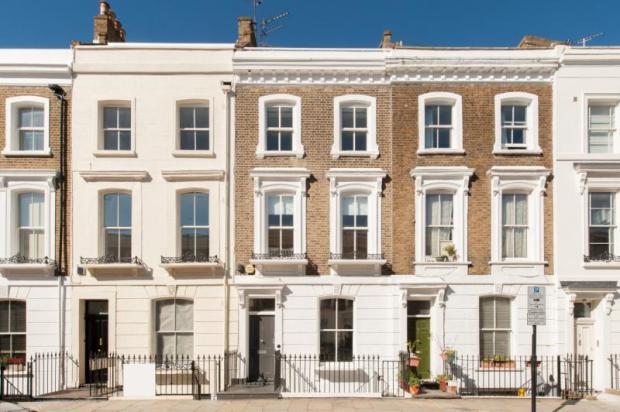 According to the Labour Party, the approximately £1.2 million raised will go towards the NHS.  That is ,of course, assuming that Labour actually raise the $1.2 billion because they will also let people roll-over the mansion tax if they are under a certain income threshold until the owners sell or die.  My street in Belsize Park actually had a retired couple whose grandfather had bought their house from the Victorian developer of the street.  Although hardly an ancestral pile in the usual sense, their home has been passed down through the family and is now worth well over the £2 million threshold.  They had planned on leaving the house to their daughter and family but this super-charged death tax will probably make that impossible.  They are relatively young and healthy (in their 60’s) and a possible 20-30 years of mansion tax rollover with accrued interest will be a massive amount.  Maybe this particular couple can hold out until a future government repeals the tax.  Death and taxes may be a certainty in life, but so are changes in governments.

An alternative plan would be to increase the council tax bands instead of levying the mansion tax.  I know the council tax rates we paid in St. Johns Wood were laughable.  They had so much money coming in from Westminster businesses, the residents pay the lowest council rates in England.  Our council services in Westminster were excellent by the way and much better than services we experienced in Islington or Camden councils.  The big problem with the Lib Dem plan though is that council tax goes directly to the council and not to the Treasury.  As such, the revenue is out of the potential Labour government’s reach. Money raised from the mansion tax going into the Treasury doesn’t automatically mean NHS funding either but it is a good public relations move.

In my opinion, mansion tax is all about wealth redistribution. The top 1% of taxpayers in Britain contribute almost 30% of the revenue for the Treasury.  The mansion tax is just another tax on income that’s already been taxed.  Nice double-dipping if you can get it.

Brought to you by Property Division, The Property Investment News Hub.